The Julia Child Award Recipient for 2022 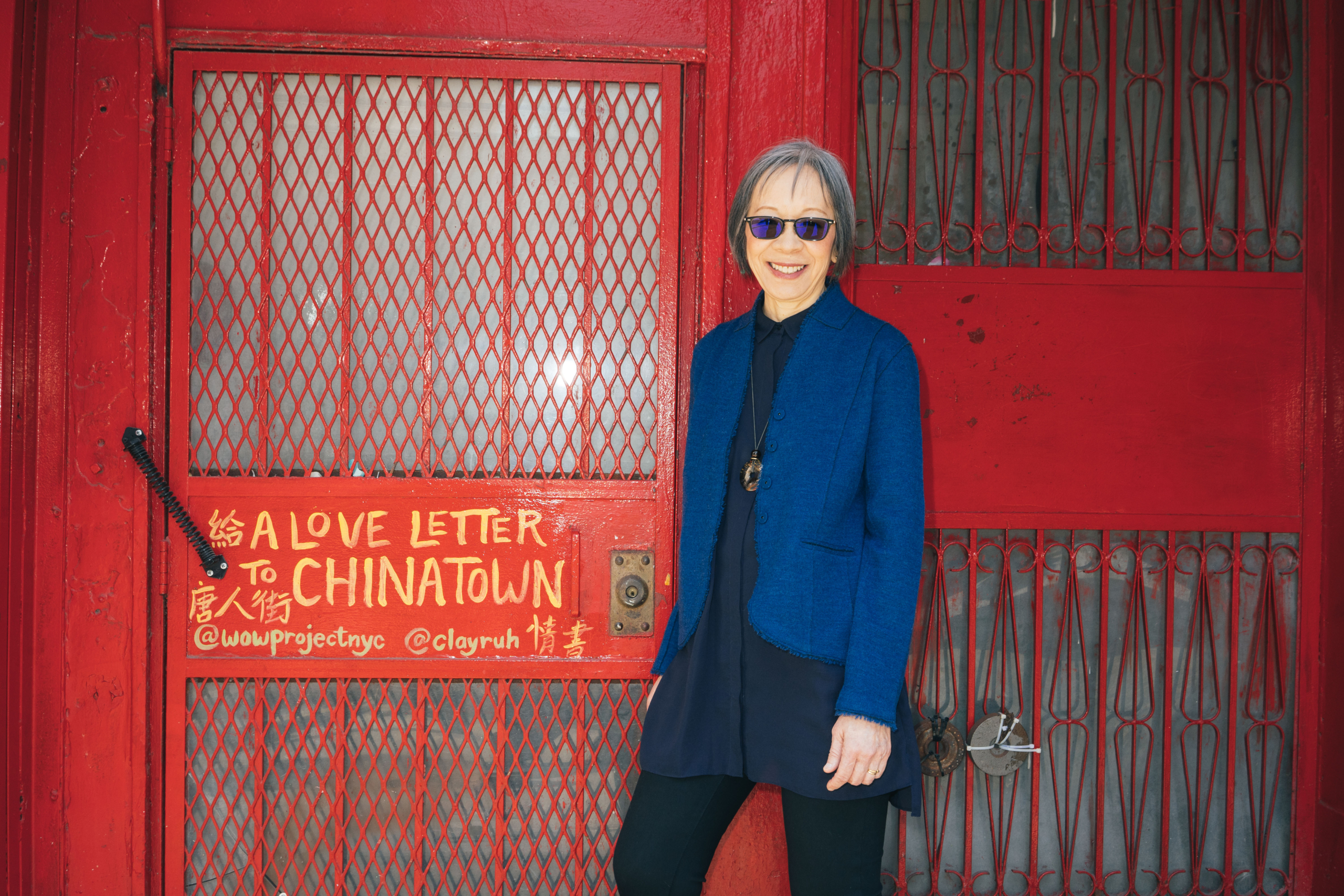 The Foundation made grants in the recipient’s honor to five non-profit organizations working to support Chinatowns and AAPI communities across the country:

“Julia’s passion, wisdom and authenticity have been a guiding force throughout my culinary journey. I am truly honored to be receiving the Julia Child Award and am proud to have upheld Julia’s legacy by sharing my culinary heritage with millions of home cooks,” said Grace Young. “With the grant from the foundation, I look forward to continuing my work to support Chinatowns and sharing the importance of saving these rich communities that are an essential part of American life.”

Named the “poet laureate of the wok” by food historian Betty Fussell, Grace Young has devoted her career to demystifying the ancient cooking utensil for use in contemporary kitchens. An award-winning cookbook author, culinary historian, and filmmaker, Grace has been a fierce advocate for Chinatown, never more so than in her video series Coronavirus: Chinatown Stories, produced in collaboration with videographer Dan Ahn and Poster House museum. The series documents the toll of the pandemic on New York City’s Chinese community. The videos have been shown at the Smithsonian, and the series was nominated for an IACP digital media award. In 2020 Grace partnered with the James Beard Foundation on an Instagram campaign to #savechineserestaurants. Building on that campaign, she is now working with the James Beard Foundation and Poster House museum on the #LoveAAPI social media campaign to fight anti-Asian hate.

Dubbed the “accidental voice for Chinatown” by Grub Street, Grace has been fighting for the survival of Chinatowns and AAPI mom-and-pop businesses across the country and her efforts have been chronicled in the Washington Post, Smithsonian, Vogue, Huffington Post, and Food & Wine magazine. In 2021 she partnered with Welcome to Chinatown for the Grace Young’s Support Chinatown Fund , a campaign that raised over $40,000 to support four legacy NYC Chinatown restaurants in distributing food to low-income, food-insecure, and at-risk senior residents in the neighborhood. In April 2021 Grace partnered with Asian Americans For Equality (AAFE) for the Safe With Sound campaign, raising over $25,000 to provide 7,000 personal security alarms for the AAPI community.

Her family’s Canton Rose porcelain dinnerware, circa 1939, was recently donated to the Smithsonian National Museum of American History. Her family’s wok, circa 1949, which was part of the Museum of Food and Drink’s Chow exhibit, was also donated to the Smithsonian, where it will serve as a significant artifact of Chinese-American culinary history.

Grace’s accolades include the IACP 2021 Lifetime Achievement Award and Good Morning America’s Inspiration List for Who’s Making AAPI History in 2021. She received the James Beard Foundation’s Digital Media Award, as well as a Webby Award nomination, for her video comedy Wok Therapist; a James Beard Award for her cookbook Stir-Frying to the Sky’s Edge; and a James Beard nomination for The Breath of a Wok video. She has won six IACP awards including a 2019 Culinary Classics Award for The Breath of a Wok, which also won the Jane Grigson Award for distinguished scholarship. Her first cookbook, The Wisdom of the Chinese Kitchen won the IACP Best International Cookbook Award. Grace’s video, Chinese Trinidadian Chicken with Mango Chutney, won the 2017 IACP Digital Media Single Food-Focused Video Award. Grace is the recipient of the World Food Media Award and the eGullet Culinary Journalist Scholarship. Stir-Frying to the Sky’s Edge was named one of the top cookbooks of 2010 by NPR, The Washington Post, Good Morning America, and Huffington Post. In 2016 Grace was named one of the “40 for 40” Women honorees for the American Museum of Natural History’s Margaret Mead Film Festival.

Grace has devoted much of her career to preserving the traditional iron wok. With the growing popularity of nonstick cookware the wok is an endangered culinary tool. She is the first food writer to write extensively about wok hei, the Cantonese term for a stir-fry that possesses wok fragrance and flavor. Grace’s translation of wok hei as “breath of a wok,” which she coined in The Wisdom of the Chinese Kitchen, is now a part of the Western culinary vocabulary. She was recently featured in a special profile in Serious Eats, on her wok collection. In 2004, Grace was a guest curator for The Breath of a Wok exhibition at New York University’s Asian Pacific American Gallery. In 2005 the show traveled to the Portland Classical Chinese Garden in Portland, Oregon.

Grace has been featured in The Washington Post , The New York Times,and on CBS Sunday Morning. In addition to appearing as a guest on Sara’s Weeknight Meals and the Martha Stewart Show, she has been heard on the radio programs All Things Considered, The Splendid Table, BBC, The Brian Lehrer Show, All of It with Alison Stewart, The World, and Good Food with Evan Kleiman. For seventeen years Grace was the Test Kitchen Director and Director of Food Photography for over forty cookbooks published by Time-Life Books. Her work has appeared in Cook’s Illustrated, America’s Test Kitchen, Food52, Epicurious, Vogue, Bon Appétit, theKitchn, Chow, Food & Wine, Fine Cooking, Saveur, Chicago Tribune, Boston Globe, Edible Communities, Gastronomica and Gourmet.

Healthy cooking has been a primary focus throughout Grace’s career. She was featured in the WeightWatchers Stir-Fry Guru video series. Grace was the Test Kitchen Director for the U.C. Berkeley Wellness Cooking School and has written for Eating Well, Cooking Light, Shape, Men’s Health, Women’s Health, Fitness, Diabetic Living and Health magazines.

Grace currently serves on the Smithsonian’s National Museum of American History’s Kitchen Cabinet, an advisory board made up of leaders in food scholarship and culinary history to help the museum shape and expand its research, collections, programs, and exhibitions related to food and beverage history. From 2004 to 2010, she served on the James Beard Foundation’s Book Awards Committee. She was a contributing editor for Saveur magazine from 2006 through 2015.

Grace is the co-founder of Wok Wednesdays, an online stir-fry cooking group. She has taught healthy stir-frying in cooking schools and spas throughout the U.S., and her popular Craftsy The Art of Stir-Frying online class has reached more than 12,000 students.