The Julia Child Award Recipient for 2021 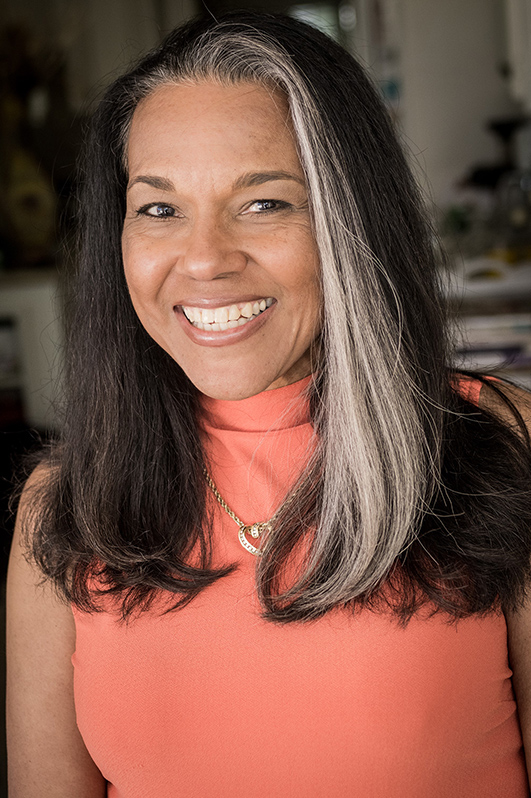 The SANDE Youth Project ‘s mission is to promote the connection between cultural heritage, food, and a healthy community. We rely on a three-part strategy to instill 12 core values in vulnerable families: Culture, Cuisine, Community.

SANDE’s three-part strategy responds to the First Lady’s Let’s Move initiatives for Faith and Community-Based Organizations, which seek to reduce childhood obesity in a generation. And, we have been invited twice to the White House for our unique public health outreach, which includes culturally-relevant cooking classes and three public events.

Toni Tipton-Martin is an award-winning author and food journalist and one of the most influential voices in exploring and celebrating the stories of African American cooks and how their recipes have shaped American cooking.

In addition to being the recipient of the International Association of Culinary Professionals (IACP) Trailblazer and its Book of the Year award, Tipton-Martin has been recognized with a James Beard Award for her books Jubilee: Recipes From Two Centuries of African American Cooking (Clarkson Potter, 2019), a beautifully photographed recipe collection that takes African American cooking beyond soul food, and The Jemima Code: Two Centuries of African American Cookbooks (University of Texas, 2015), a widely-acclaimed, annotated bibliography that tells the story behind her rare collection. She is a contributor to the anthology Southern Women: More Than 100 Stories of Innovators, Artists, and Icons as well as to Edna Lewis: At the Table with an American Original.

In 2005, Tipton-Martin published a historic reprint of an early 20th century cookbook, The Blue Grass Cook Book, by Minnie C. Fox (University Press of Kentucky). Blue Grass contains the first known photographs of African American cooks and presents a new portrait of a role model working women can respect and learn from today. She is co-author of A Taste of Heritage: New African-American Cuisine (Macmillan) and wrote the chapter on the South for Culinaria: The Food of the United States (Konemann).

Tipton-Martin is currently telling the story of cooking in America as editor in chief of Cook’s Country magazine and is a cast member of its long-running television show on public television. The Cook’s Country team investigates dishes from around the country and uses cooking as a lens for exploring history, culture, and community. Tipton-Martin’s position as an editor in the world of magazines and television builds on her previous journalism career at the Los Angeles Times as a nutrition writer. Following that, Tipton-Martin became the first African American woman to hold the position of food editor at a major daily newspaper, the Cleveland Plain Dealer.

Tipton-Martin is a founding member of several food-oriented nonprofit organizations, including the Southern Foodways Alliance, Foodways Texas, and The SANDE Youth Project, a grassroots initiative she started in 2008, dedicated to combating childhood hunger, obesity, and disease by promoting the connection between cultural heritage, cooking, and wellness. As part of its mission and efforts around community building, the SANDE Youth Project has partnered with numerous organizations to present innovative events such as after-school cooking programs, networking opportunities for youth food professionals, an annual healthy food festival for families, and the first symposium dedicated to African American foodways.

Toni is a graduate of the University of Southern California School of Journalism. She and her husband are restoring a 19th Century rowhouse, one of the “Painted Ladies” in Baltimore’s historic Charles Village. She is the mother of four.

Watch Tipton-Martin receive her Award at the Smithsonian’s National Museum of American History.